The Case for Native Plants

Plants Form the Foundation of the Food Chain

Plants convert the energy of the sun into biomass in the form of roots, leaves, stems, branches, and seeds. All animals depend directly or indirectly on plants for food as they either eat plants or eat other animals that eat plants.

There is more insect biomass on earth than all other animal species combined and animals are fundamentally dependent on insects for their food. For example, 96% of eastern terrestrial bird species feed their young the high protein diets that only insects (particularly caterpillars) can provide for rapid development. Insects form the foundation of the food chain for all higher order animals. 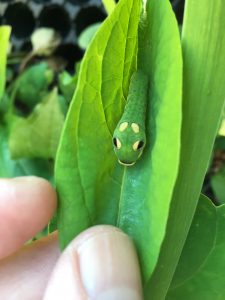 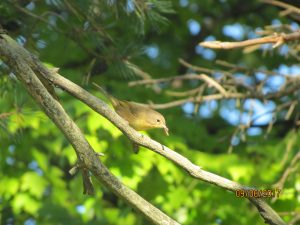 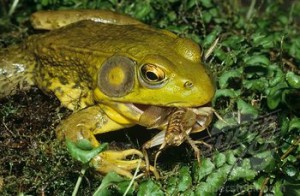 Not all insects can eat all plants, however. All plants develop defenses that keep insects and other animals from eating them into extinction. Most often, these defenses are in the form of chemicals that are either toxic or make the plant unpalatable. Because native plants and native insects have co-evolved since the glaciers last melted, insect-plant relationships have co-evolved such that 90% of insect species specialize on just one or a few species of plants. For example, native Milkweed has a toxic chemical in its sap that makes it unpalatable to most insect species, Monarch caterpillars being one of just a few dozen exceptions. And, Monarchs can only eat Milkweeds so if Milkweeds were to disappear there would be no Monarchs 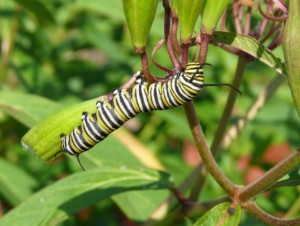 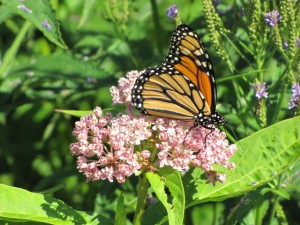 There are thousands of examples of specific insect species that depend on one or just a few species of plants. In general, native plants are hosts for many more species of insects than alien plant species and produce 35 times more caterpillar biomass.

Ten thousand years ago the glaciers last retreated from the Midwest. Between then and the Euro-American settlement starting in the 1800’s, plants, insects, birds, mammals, and humans lived in balance. The subsequent influx of millions of people into our cities and the plowing of our rich agricultural land left no more than 5% of the pre-settlement landscape intact with devastating results for our ecosystems and the native plants they contained.

Compounding the problem are modern landscaping practices which utilize plants sold by #BigHorticulture that have become commercially popular. These plants are usually introduced alien species not native to our region which provide little to no habitat since they cannot feed insects and the wildlife that depends on them. In addition, many of these plants have become or will become invasive.

Introduced alien plants which are not native to our region have chemical defenses that our local insects have not had enough evolutionary time to overcome. Because most of our urban and suburban landscapes are filled (sometimes exclusively) with alien plant species there is little food available for insects and the animals that eat them. Therefore, we are literally condemning insects and the animals up the food chain to starvation. 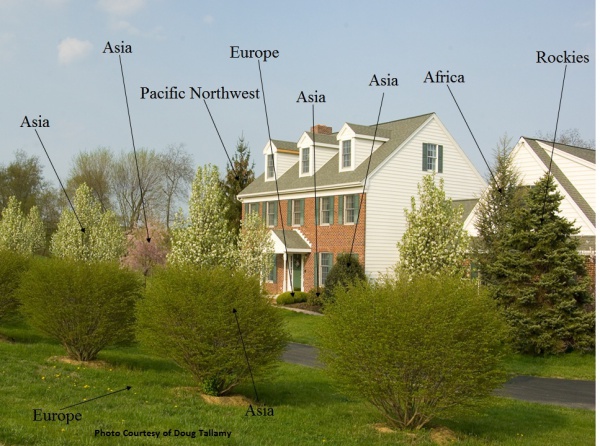 Only native plants can reverse this decline by creating healthy habitat by providing food for insects that introduced plant species cannot. Thus, native plants are a great alternative to alien horticultural species for landscaping our homes and businesses. They provide habitat that supports the ecosystem’s food chain. It is possible to make a significant difference for wildlife without any compromises to our lifestyles.

And here’s a little secret #BigHorticulture does not want you to know. Since native plants evolved here for 10,000 years, they have adapted to the extremes of our climate. They can tolerate sub-zero temperatures, summer heat, drought, and insect predation…all without ever needing to be watered, fertilized, and sprayed after establishment. They thrived without human intervention for millennia and will continue to do so, making them a great choice for low maintenance landscapes.

Native landscapes require far less effort, resources, and cost to maintain making them a more sustainable alternative. Native plants make #BigHorticulture – mainstream growers, Scotts, Monsanto, and the huge array of garden chemicals including fertilizers, pesticides, and fungicides – obsolete in the planned landscape. This saves more than just money and time, it results in healthier places to live for wildlife, our pets, and us.

If you go with native plant landscaping, there are literally hundreds of beautiful native plants that create great habitat for the food web that can be incorporated into the home, public, and business landscape just as any other horticultural variety. There are flowers, grasses, shrubs, vines, and trees for any situation – short or tall, wet or dry, sand or clay, sun or shade, and in all colors.